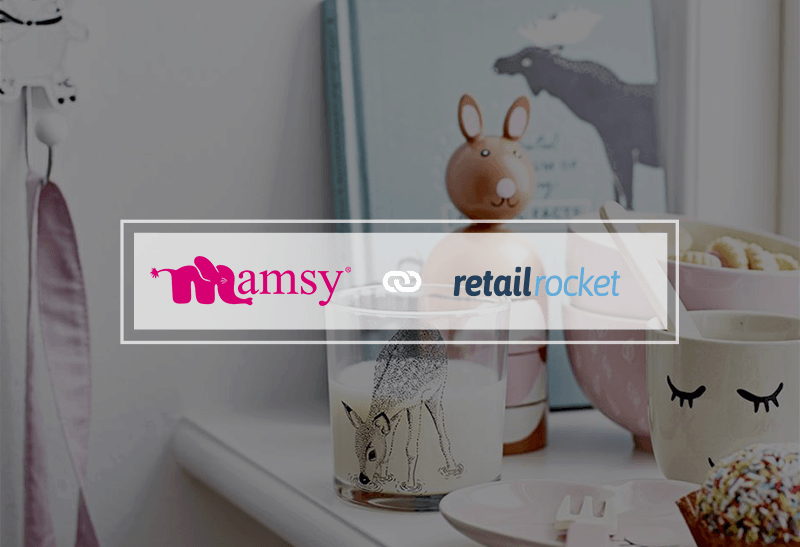 How do the different elements of an email have an impact on the clickability and its conversion? Pavel Bespalov, email growth hacker at Retail Rocket, shares with us on how to improve the performance of trigger-based emails. Today, we will discuss Mamsy, a large children’s goods stores.

The work was carried out through A/B testing, in which all the recipients of emails are randomly divided into two segments. Segment A receives the original version of the trigger-based email, whereas segment B gets a trigger-based email with a hypothesis, which should increase the effectiveness of e-mailing.

Case 1. Adding a CTA element after a viewed products block

If the template is overloaded with details or, conversely, does not focus on useful information, the probability of the user performing a conversion action is significantly reduced. In the case of the trigger-based email templates of Mamsy, it can be noted that with a fast scrolling of the email, the user would see two blocks of goods as a whole (products previously browsed by the user and some personal recommendations), and any CTA element would capture the attention of the user.

Adding a CTA element between two blocks of products would attract attention and give the potential buyer the necessary motivation.

According to the test results, an email template with an additional CTA element after a block of viewed products showed a 4.2% CTR growth with 94.7% statistical significance.

Case 2. Adding a menu with product categories in the header of the email: focus on products

UX-design is an integrated approach to user interaction with the website interface, i.e. the design and user experience should always carefully well-thought and in advanced well-prepared to the last detail.

A user who receives an “abandoned view” trigger-based email has not yet formed an interest to purchase, and a bright image or a link with a set of items of interest can push the user in the right direction. The menu in the header of the email, which we decided to test, had a bright colour and contained links to the main product categories of the store.

The menu in the header of the email would increase the chance for clicking on the email. This increase would happen since a user who has not yet a determined interest in a particular product, might be interested in the product category.

According to the test results, the email template with the menu added in the header ensured a 6.79% CTR growth with 95.1% statistical significance.

Case 3. The influence of banners locations in the email on key indicators

Not all users who have opened your email will entirely view it. So we decided to check how the location of the blocks in the trigger-based email affects the user’s decision to purchase. To be able to do this, the alternative layout of the banner was tested in the “abandoned cart” trigger-based emails.

The banner on the header of the email cannibalises the part of the clicks in the block of products of the cart, which are of more significant interest to users. The location of the banner under the cart block reduces the probability of distracting the user from the original intention.

According to the results of the test, an alternative location of the banner in the “abandoned cart” scenario provided a 4.56% CTR increase with 98.2% statistical significance.

Another example of the use of knowledge from the psychology field is the principle of social proof which is familiar to many. For example, we know that reviews and ratings of other buyers on the site significantly influence the user’s decision to finalise a purchase, so we try to use the effectiveness of this principle in trigger-based emails. In this case, we tested it in the “post-purchase email” scenario.

Adding to the product card an item with the number of purchased goods would increase the user’s motivation, as a result of the already shown interest of other people in these products. By offering the user related products to the previously purchased product, we immediately reinforce our selection of products with an argument of demand.

According to the test results, an alternative version of the product card design with the “Purchased Today” element implemented in the post-purchase email” scenario brought a 60.5% conversion increase with 96.8% statistical significance.

Case 5. Adding the “Show more” CTA-element in the email template – the principle of gestaltism

Our Growth Hackers often use behavioural patterns on their daily work based on approaches from different areas of psychology. When creating this hypothesis, we used the main ideas of Gestalt psychology – emergence and reification.

Emergence is the formation of a complete image from simple visual patterns, i.e. the whole is identified before the parts. Whereas reification is the addition of a perceived image to the actual visual stereotype, i.e. our mind fills in the gaps.

The element “Show more” is an image that imitates the design of product cards, perceiving it as a continuation of the product recommendations block, and hiding the gradient over the image creates an effect of incompleteness. A clear call to action reproduces user’s stereotype – it is assumed that clicking on the element “Show more” will increase the number of displayed product cards.

The “Show more” element is added after the product recommendation block with the same design of the rest of product cards. According to Gestalt psychology, the user would interpret the incompleteness of the image and assume that more product cards will be showed.

“Retail Rocket Growth Hacking team is great. They demonstrate a truly proactive approach, which is uncommon in this sector. They not only offer you new tests, but advise you about them, and implement them. For many players in this sector, trigger-based e-mails are usually configured at the very beginning of the collaboration, and they are automatically sent with no more attention to the potential improvements. However, by testing various hypotheses, we have experienced an increase in e-mailing rates and revenue growth.”

Website personalization technology and triggered emails are now available to everyone!

This website uses cookies to improve your experience while you navigate through the website. Out of these, the cookies that are categorized as necessary are stored on your browser as they are essential for the working of basic functionalities of the website. We also use third-party cookies that help us analyze and understand how you use this website. These cookies will be stored in your browser only with your consent. You also have the option to opt-out of these cookies. But opting out of some of these cookies may affect your browsing experience.
Necessary Always Enabled